Skip to main content
Perfect Your British English Accent! Learn to speak standard, neutral RP British English - also known as NSE (Neutral Standard English) and taught at UK drama schools. This course is for you if you are: - Self conscious about the way you speak - Frustrated that your accent is not perfect - Criticized for your presentation skills - An actor seeking an RP / NSE British English accent This English pronunciation course gives you everything you need to learn - and maintain - excellent speech. 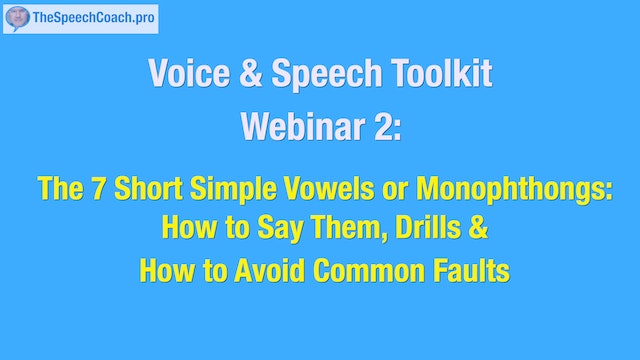 2: The 7 Short Simple Vowels or Monophthongs

Welcome to the second webinar in which we will cover the seven short simple vowels or monophthongs.

These sounds are a little trickier than the five sounds we learned last time because as students try to listen to themselves and to get them right, there is a temptation to stretch them. This doesn't always matter, but as we will see, now and then it can cause problems.

Our first sound is "a" as in cat. For the "a" vowel, your lips are neutral, released and relaxed, but the front of your tongue is slightly raised. The danger with this vowel is that here in the UK, it can become dulled or blunted, so that "a" in cat sounds closer to "a" in cut. Other accents for example, the German accent can push this sound towards "e" as in get, so cat might sound like cat, "a" is a sound that can be safely lengthened.

And this can create quite an effective emphasis as in the phrase, "the seven ages of man", for example. When "a" the sound is correct, it is often described as sounding nice and bright. Keep this idea of a bright sound as we work through the exercises. 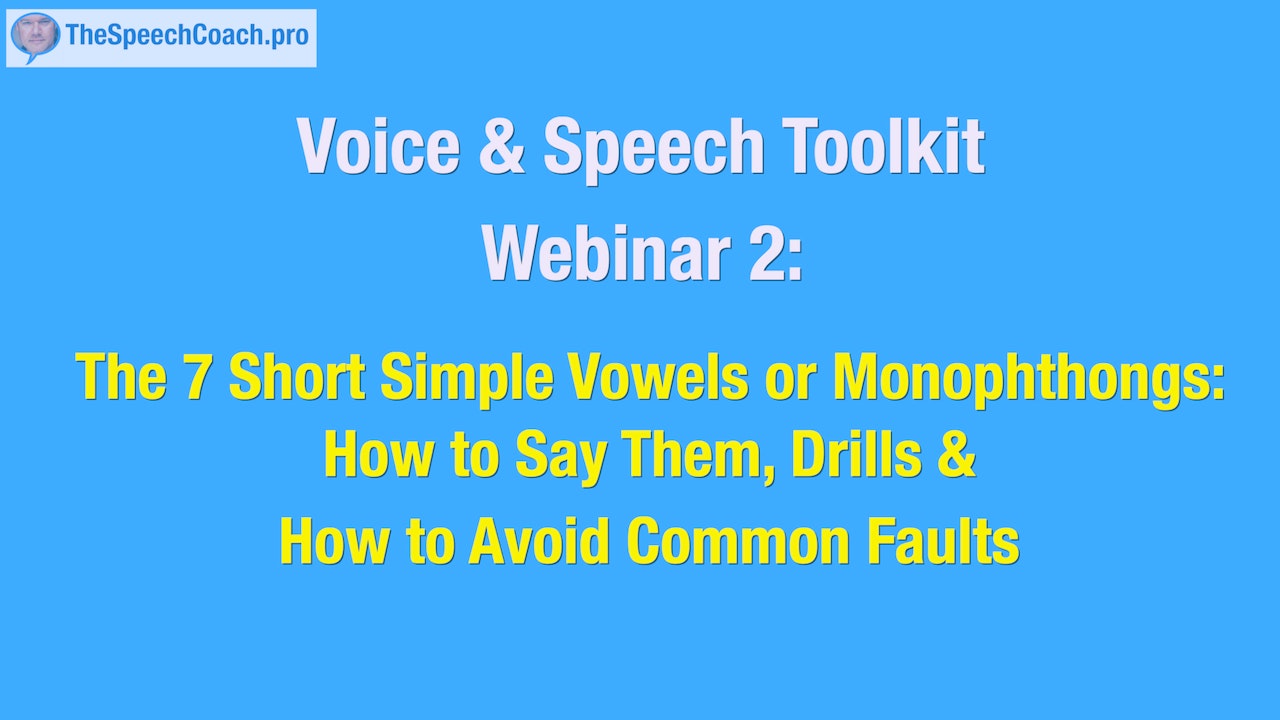